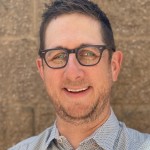 After hearing about OS X 10.11’s (El Capitan) “rootless” mode on Six Colors last week, I immediately wondered how this would affect Developers that use tools like Homebrew. So I went to Twitter:

I'm a little nervous about upgrading to 10.11. I feel like something will stop working due to "rootless". Any WebDevs have experience?

This tweet sat for a while, unnoticed. But then today I got a reply:

@stovak Thanks for the heads up! Hopefully it didn’t hose your primary machine. :/

@stovak Thats good! Man, hopefully Homebrew can get around that before Fall! I’m glad I didn’t give into the temptation of the beta. 🙂

Thanks to @stovak for giving me the heads up on this. Hopefully others will read this post and not be tempted by the OS X Public Beta.

If anyone has found workarounds or fixes, please let us know in the comments or on Twitter! Hopefully this will get fixed before Fall.

@rtvenge @hoverboard88 to be clear, HB won't STOP working. If U have everything you need installed, works fine. Install/upgrade/link broken